We saw a split World Championships in the 2019/2020 season, with the men and women having their premiere events at different venues, in different countries, at different times of the year.

The El Hammamy-Serme Rivalry was born…

At very different stages of their careers, The Gazelle, CIB Hania El Hammamy and Frenchwoman Camille Serme have struck up one of the sport’s most exciting rivalries, which began in the quarter-finals of the CIB PSA Women’s World Championships two years ago.

The pair had met four times before on Tour, but Serme had won all four matches comfortably, including at the Open de France – Nantes 2019 six weeks before meeting in front of the Pyramids.

Their duel in the last eight of the World Championship was arguably the match of the tournament, as Serme took what looked to be a comfortable two-game lead, as she strode towards the semi-finals.

However, El Hammamy, the young Egyptian spurred on by the home crowd, fought her way back into the contest, and was able to win it in a deciding game, coming back from two games down to win 3-2, booking her place in the last four of the biggest event in the sport.

The duo have since gone on to meet a further seven times since then, at almost every major tournament, including the El Gouna International Squash Open, the Windy City Open presented by the Walter Family, CIB Black Ball Women’s Squash Open and at the CIB PSA World Tour Finals in each of the last two years.

Unsurprisingly, the final of the Women’s World Championship came down to the two best players in the field, in World No.1 CIB Raneem El Welily, and World No.2 Nour El Sherbini, the only two Egyptian women to ever win the tournament.

The pair had won the last four World Championship crowns, with El Sherbini taking three of those, including being the reigning champion after a victory in Chicago in February 2019. El Welily lifted the title in 2017, doing so at the National Squash Centre in Manchester.

The Egyptian duo were meeting for the 23rd time on the PSA World Tour, and to show their dominance in the sport, it was the 13th consecutive meeting to decide who won be the tournament’s winner, following contests at two World Championships and in ten other major finals, including the British Open, Hong Kong Open, Windy City Open and Tournament of Champions among others.

El Welily had claimed victory in the last two matches, winning both 3-2, but this time it was Nour El Sherbini that went on to claim the victory, and in doing so she celebrated her 24th birthday in the perfect way. 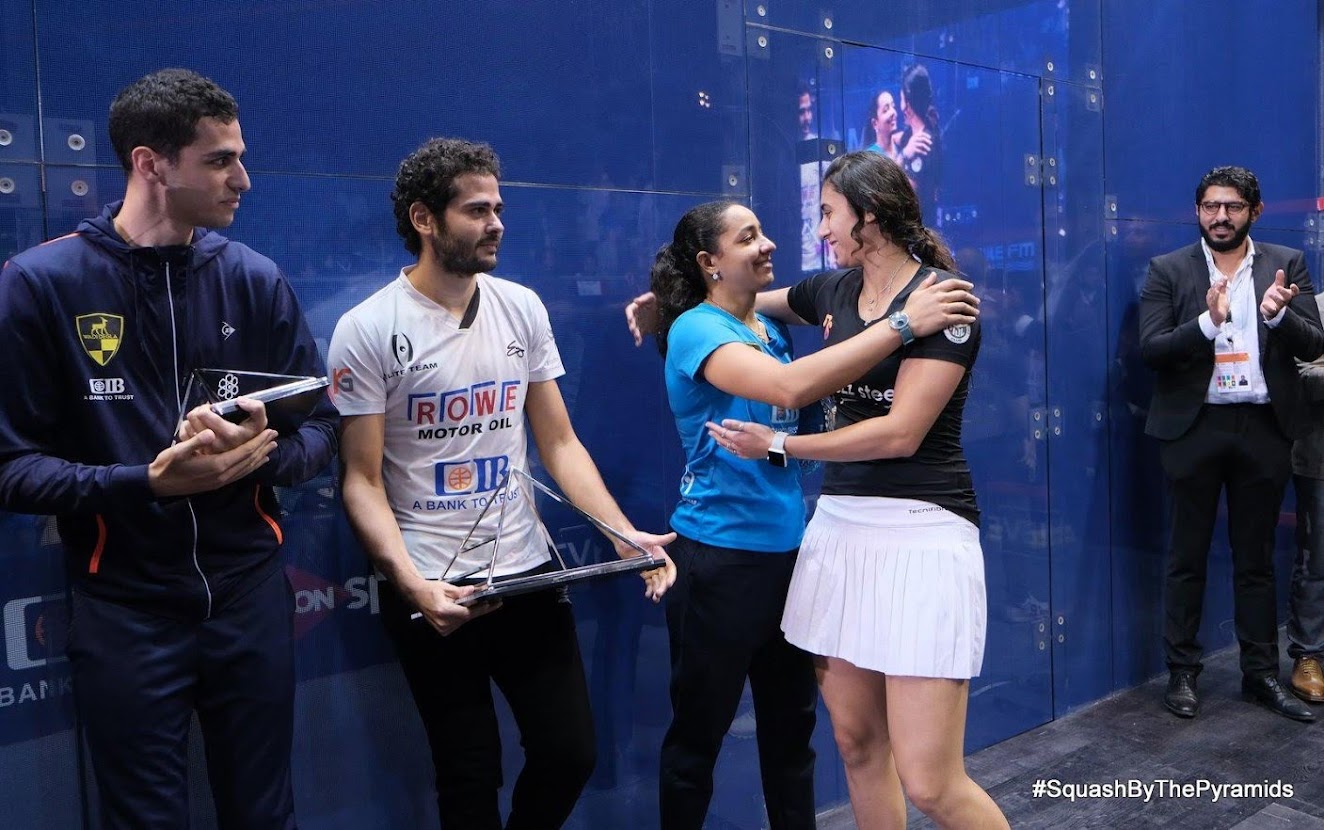 The ‘Warrior Princess’ secured her fourth World Championship crown, tying Susan Devoy at that mark, and now only two women have ever won the biggest prize in the sport more times than her. She has the chance to tie Sarah Fitz-Gerald on five this month, while Nicol David has eight World Championship wins to her name.

The most mouth-watering tie of the quarter-finals in Qatar came between the two brothers, as top seed Mohamed ElShorbagy took on No.9 seed Marwan ElShorbagy for a place in the last four in Doha.

The pair were doing battle for the 18th time on the PSA World Tour, with the older Mohamed having claimed victory in 14 of their previous 17 meetings, including their last three contests, two of which had already come at the start of the 2019-2020 season.

Unlike the majority of their battles, which tend to be long, drawn-out affairs, this clash between the siblings lasted less than an hour, despite going the distance to a fifth game.

The match went to and fro, with Marwan winning both the first and third games by a scoreline of 11-6, while Mohamed took the second and fourth games in 11-2 and 11-3 scorelines. That led to a deciding game, which ‘the Jackal’ won 11-8 to secure a spot in the World Championship semi-finals. 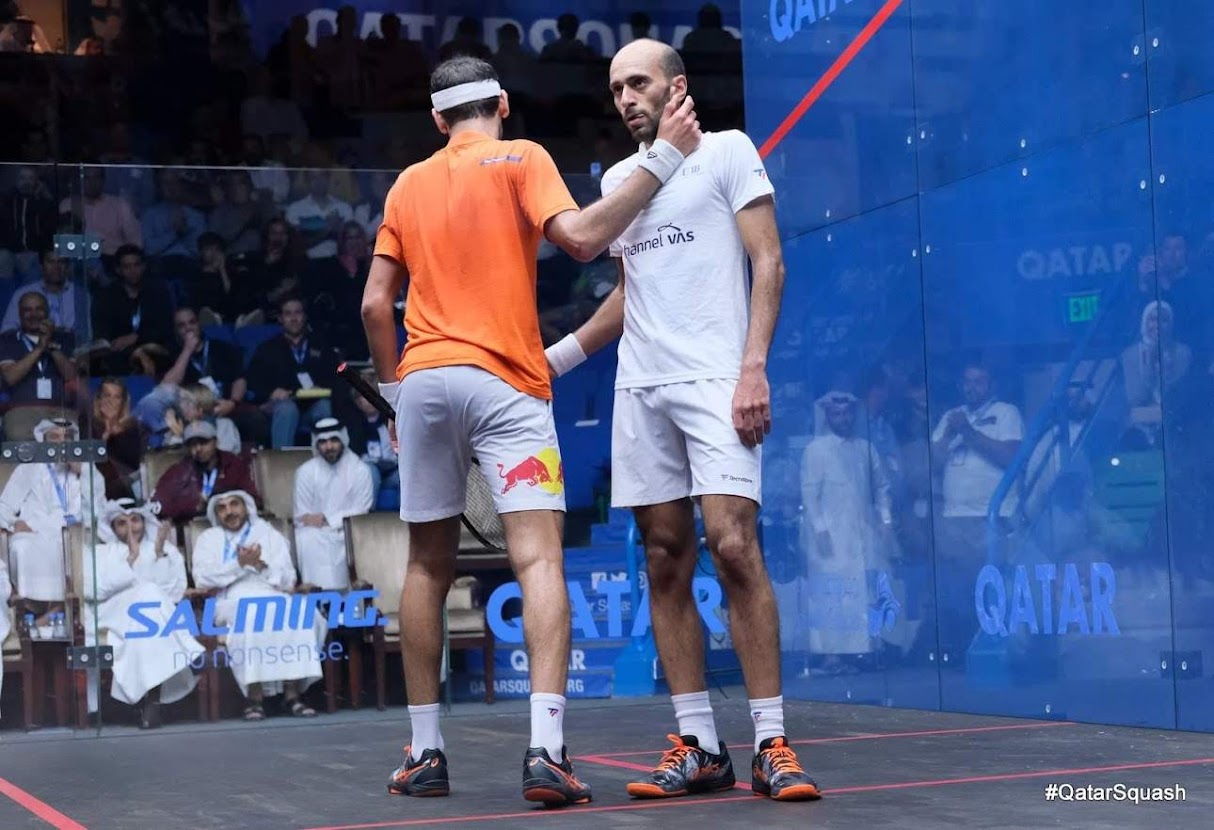 Following on from his tense battle with the Qatari No.1 Abdulla Al Tamimi, CIB Tarek Momen made his way through to the final, thanks to victories over Peru’s Diego Elias and Germany’s Simon Rösner.

Tarek had reached the final in Chicago eight months earlier, losing out to Ali Farag, who claimed his maiden World title at Union Station that day.

In the final of the biggest tournament of them all, he came up against ‘Superman’ Paul Coll, in a hotly anticipated contest, with both men aiming to win the World Championship for the first time in their career. 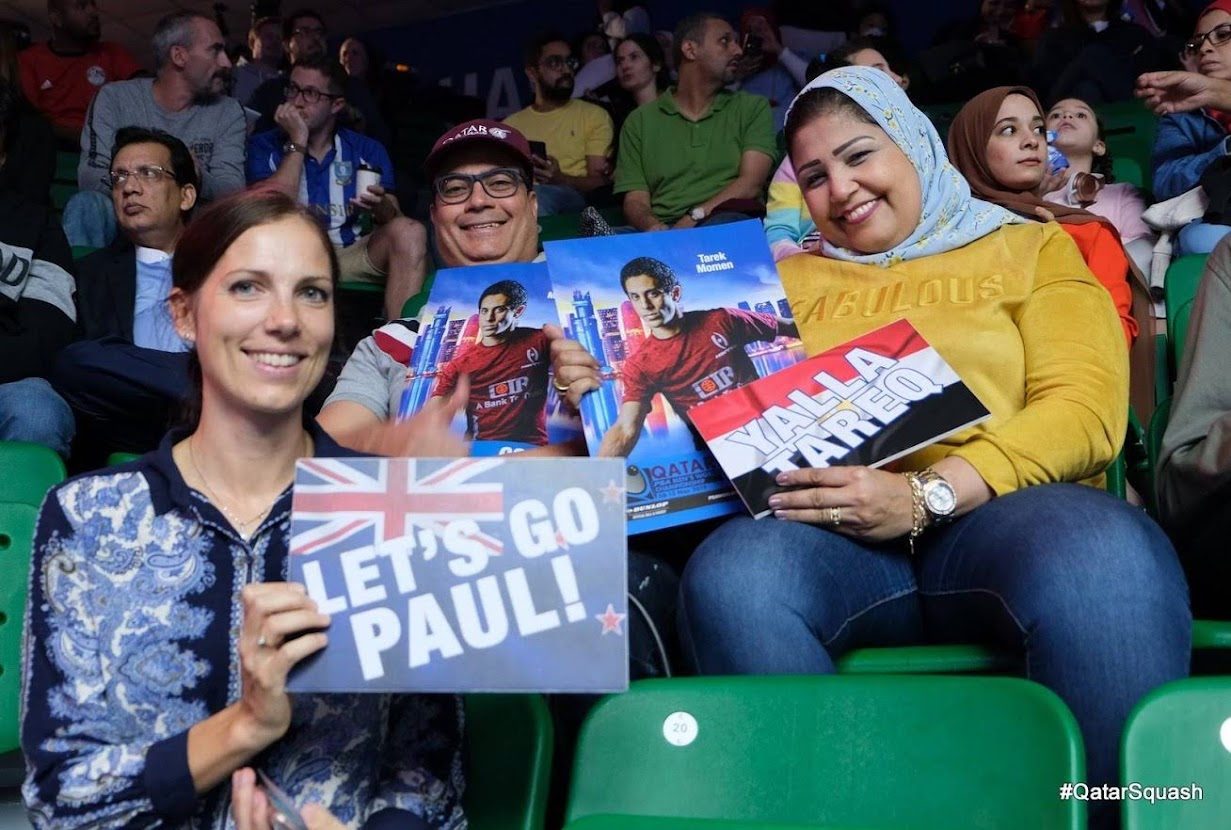 ‘The Momenator’ brought his best game, and took the lead in the match with a consummate performance in the first game. He was undoubtedly helped by an injury picked up by the Kiwi shortly after, but Momen kept his foot on the pedal, and achieved a resounding victory in less than 40 minutes.

In doing so, he made history as he joined wife Raneem El Welily in becoming World Champion. The pair were recognised by the Guinness Book of World Records for become the first husband and wife to be crowned World Champions in the same sport! 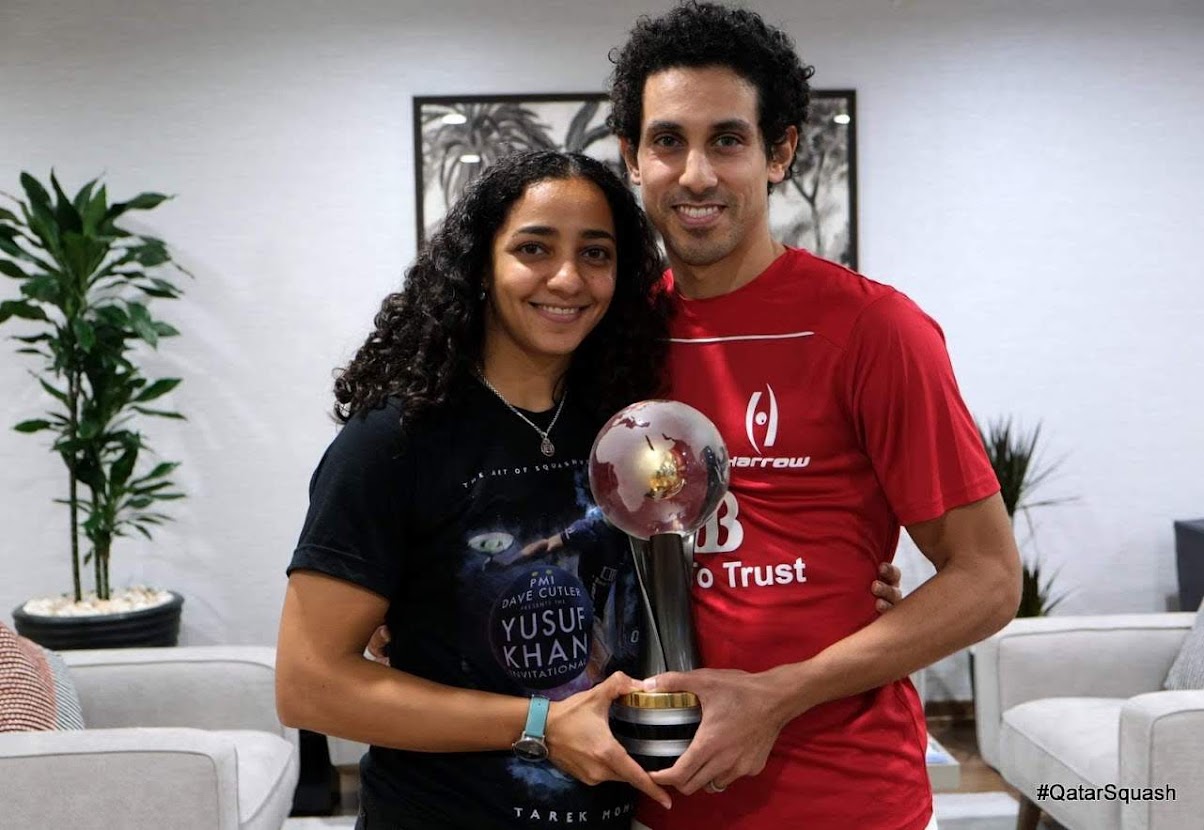